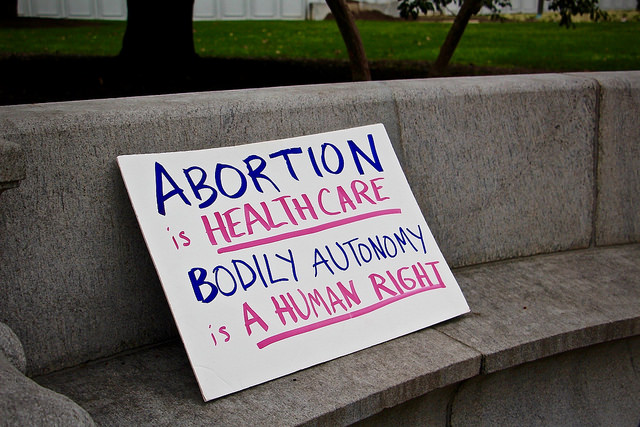 For the last decade the right has chipped away at abortion access by making it more expensive, closing clinics, increasing waiting periods and decreasing gestational limits. But for 2019 Arizona abortion opponents are literally enacting a “death by a thousand paper cuts” agenda against legal abortion through their new paperwork and reporting requirements for doctors performing abortions. None of them are medically necessary, not a single question will provide any benefit to public health, and each one will dramatically raise the amount of resources a clinic uses per patient.

What these rules will do, on the other hand, is systematically aid anti-abortion activists in their quest to harass their way to the end of accessible legal abortion.

The Arizona legislature has instituted a full range of new reporting requirements that are only applicable to those who perform abortions, all of which just went into effect.. The state wants to see any complication from an abortion no matter how insignificant that issue may be, even including each instance where a medication abortion does not completely terminate the pregnancy (ironic, since under other circumstances they consider this not only not an abortion complication, but a potential “reversed abortion” and a win for their side). Since abortion – early abortion in particular – has so few medical incidents, their goal is to try to amplify any small complication to booster their vendetta of proving abortion is actually “dangerous” despite its longstanding history of safety, especially compared to all other medical procedures. Could you imagine if the state required reporting on each incidence of induced labor or every time an episiotomy is used during a vaginal delivery? Live births are frequently one medical intervention after another, and OB/Gyns would protest en mass if similar reporting requirements were demanded, knowing they had no bearing on public safety and would cripple them with extra burden.

These reports will slow us down, hurting providers financially as we are forced to hire people to deal with the onslaught of new forms and questions. But they will hurt other medical professionals just as much. The requirement that we list those doctors who refer patients to us has no sound medical reasoning behind it. Instead, it is obviously meant to create a catalog of those who are open to the idea of helping their patients access care when they choose to end their pregnancies, a listing of doctors and other caregivers who could be harassed if their names every were accidentally or intentionally made public. The new rule that we must cite the specialty of each medical provider on staff is clearly meant to offer ammunition for future TRAP (Targeted Regulation of Abortion Providers) laws, like ridiculous demands that only board certified OBs be allowed to dispense abortion pills.

And of course these rules will also hurt patients. While we can all cheer for the small victory that abortion providers will no longer be mandated to report a crime to the police anytime a patient asks for an abortion and says she was impregnated due to sexual assault, that does little to address the root issue of asking any pregnant person why they want to end the pregnancy. There is no more or less valid reason for seeking an abortion – the only answer that matters is that the patient, for whatever reason, does not wish to remain pregnant or give birth. To force that person to explain their reasoning is an attempt to undermine the professional relationship between doctor and patient, and adds no value to the medical process or to public health.

The new law reporting requirements – which were crafted in part by the anti-abortion Center for Arizona Policy, not even the Health Department – have clearly been created simply to harass patients and clinics. Do men get questioned by the state about why they want ANY medical care? Or women for any procedures other than an abortion?

If Obstetricians had to ask every pregnant patient why they wanted to have a baby, or every patient seeking contraception why they wanted birth control, and had to figure out a way to gather this information, record it, then enter the mass of data on the health dept website, or even hire staff to do this – heads would roll. Imagine any doctor or office tolerating this invasion into personal decision making? It would never stand.

Despite reports that show the number of abortions is decreasing across the country, in clinics like my own we are seeing an opposite trend. Regardless of continuing abortion restrictions across the state the number of people seeking out our services continues to grow, with as many as 20 percent more people coming to us in 2018 than in the year before. It is not unheard of to have as many as 25 unscheduled walk-ins arrive on a given day, wanting to complete the first day of their 24 hour mandatory wait prior to a termination. We are already overextended as we try to meet this growing need for our services. And now the state wants to double our paperwork over each and every patient, overburdening our resources not out of medical necessity but for political gains.

The Arizona legislature is quite literally trying to end abortion access though one thousand paper cuts, and while it may not have the media glamor of a full abortion ban or mass clinic closures, it very well may be the one attack that succeeds.